In Feb 2008 Ita Butler, the Elm Park golfer, was included in the list of the fifty most influential people in Irish golf as prepared by Golf Digest Ireland . As a player Ita was runner-up in the Irish Ladies’ Championship in 1972 and 1978 and for three consecutive years between 1962-1964 and again in 1967 she was the Leinster champion. Ms Butler represented Ireland on the Vagliano, Curtis and World Cup (Espirito Santo) teams in 1965, 1966 (Virginia Hot Springs G. and T. C.) and 1964,1966 respectively and also represented Ireland at the Home Internationals on fourteen occasions.

Ms Butler had come a long way from the fourteen year old who picked up a golf club for the first time at the Nenagh Golf Club but when her days of competitive golf were drawing to a close her golfing journey was only just starting. In 1986 and 1987 Ms Butler would captain the Home International and Espirito Santo teams and in 1991 and 1993 she captained the GB&I Vagliano team and after being vice-captain in 1994 (Chattanooga, Tennessee) she was then honoured with captaincy of the GB&I Curtis Cup teams in 1996 (Killarney Golf and Fishing Club) and 1998 (The Minikahda Club). 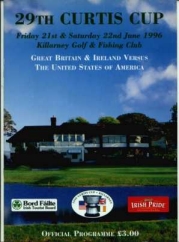 In the Curtis Cup matches in Hot Springs, Virginia Ita beat Helen Wilson by 3 and 1 in the first days singles and together with Elizabeth Pook (nee Chadwick) beat Anne Quast Welts and Barbara McIntire by one hole on the second day. In the singles on the second day Ita lost 2 and 1 to Carol Sorensen Flenniken, the Wisconsin born 1964 British Amateur Champion. 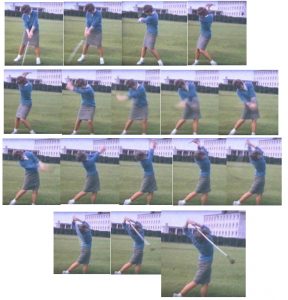 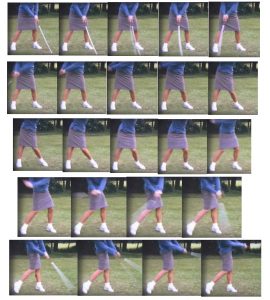 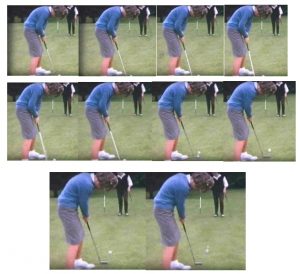 Helen Sigel Wilson of Philadelphia won the Eastern in 1952 and 1962. Helen was Philadelphia City Champion nine times and Pennsylvania State Champion five times. She won the Western in 1949 and was runner-up in the U.S. Women’s Amateur Championship in 1941 and 1948. She played on the Curtis Cup Teams in 1950 and 1966 and was non-playing Captain in 1978.